The story of  Guilherme (Gilly) Assuncao is a magical story of a grocery store employee whose talent is discovered. With four months of the public recognition of his astounding singing talent, Gilly is on his way to Berkley School of Music on scholarship yet! Read the story on GoFundMe.com

I was there and I have been following Gilly and his career with eager anticipation. See the original video I took last December at Russo’s in Watertown. Follow Gilly on Facebook!

Navigating around the store can be a little precarious especially during the holiday season yet there is something I love about the community experience. Rushing to get my groceries at Russo’s in Watertown, I heard a beautiful voice from outside. Rushed over leaving my cart to find a man singing, Guilherme Assunção, a Russo’s employee. Many stopped what they were doing and listened in awe! This was an extraordinary moment, a gift, a lesson for every day life.

Janet Porcaro, a realtor who stumbled upon Assuncao singing while shopping Saturday, said the performance took her breath away. Boston Globe

Janet Porcaro, a real estate agent who stumbled upon Assuncao singing while shopping Saturday, said the performance took her breath away.

“I heard the music and I thought, ‘That seems louder than just a record,'” she said. “And then I walked in and I could hear this incredible voice. I left my cart and left my bag, and people were circling around. Everybody just stopped. It was just so beautiful.” http://www.sfchronicle.com

A visit to Russo’s Market is a treat where you will find produce from all over the world, a fantastic representation of global agriculture. Beautiful colors and aroma’s from the food, the flowers, and  the bakery or prepared food department. You may also enjoy great people watching. 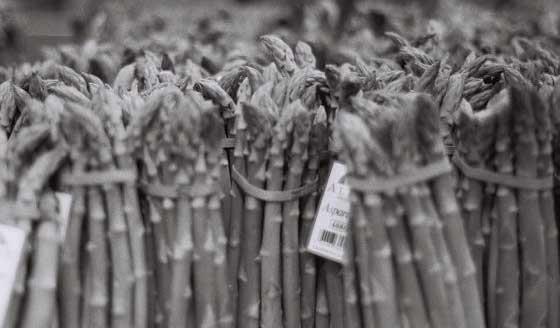 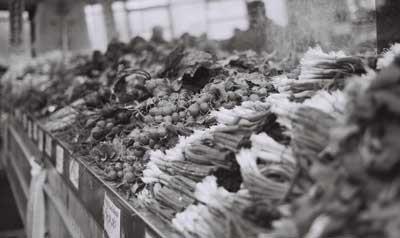 Gene Mackles is an award winning artist and resident of Newton. His paintings often depict local scenes that become transformed from an everyday mundane view into magical image which draws the viewer in. The beauty of Village Center is difficult to capture with a camera and when I saw this painting I felt a real connection. Like the poet said, “My heart leaps up…” Gene Mackles has a brilliant vision of the everyday scenes we miss in our hustle bustle of the world today.

I was delighted to discover Gene Mackles’ art at the Villa during Newton Open Studios in 2013. Newton Open Studios is a annual citywide event where artists display their work all over the city.  I’ve lived in Newtonville for over 20 years and love the sense of community, the culture, and enjoy the proximity to Boston and Cambridge.

The Masons an Historic Touchstone for Newtonville

Have you ever wondered what was behind those great brick walls of the Masonic Lodge in Newtonville, MA? Although there is an aura of mystery around the Freemasons and their traditions, the fraternal order is all about living right and helping to improve the quality of life for others.

“The great secret of Freemasonry is that there is no secret at all.” ~Benjamin Franklin

Some of the traditions come from the days when Freemasons traveled Europe laying stones for the great cathedrals, Masons have continued to participate in these traditions steeped in ritual partly founded on metaphors of architecture. Throughout history, the brotherhood of Masons share values that encompass the importance of forming deep and lasting friendships that transcend the boundaries of race, religion, and culture.

The nature of Masonic ritual is both complex and beautiful. “Ritual” is a formal ceremony of initiation which recites certain tenets and truths that have been passed down for generations – mostly from mouth to ear. This “Ritual” takes the form of lectures and theater in the Lodge, and is used to teach new Masons the value of true friendship, the benefits of knowledge, and the necessity of helping those in need. ~ http://www.massfreemasonry.org

The Masons are very much active participants in the Newtonville community and beyond!  The 32° Masonic Learning Center is a school of children with dyslexia, speech and hearing disorders. The Masons sponsor a free Youth Identification Program called MyChip.org which provides prevention education and abduction awareness for parents. Other works include the Masonic Angel Foundation provided modest support to local children who do not fit the criteria for the usual social services and the Shriners Hospitals for Children.

There is so much more to this rich story, including the Rainbow Girls, an International organization with fun events to empower girls ages 11-20! Read more about the Masons at www.dalhousielodge.org.

As a real estate professional and a Newton citizen I applaud the efforts of Mayor Setti Warren, Newton Alderman, other elected officials, community leaders, and residents who have partnered to present a strong call to action to improve services in our city and problem solve the housing crises. The Newton’s Mayor Setti Warren Housing Report is an off shoot of the primary report, Newton Leads 2040.

Historically, the City of Newton is a patchwork of diverse villages each with its own unique look and feel. The city in its entirety is approximately the 11th largest city in Massachusetts. The beauty of having the economies of scale that come with a large population combined with advantages of small neighborhoods defined by village centers has not come without a price. With so many sectors, it can be difficult to gain consensus on large developments, for example.

Because of shifting demographics along with rising home values, aging seniors and entry level home buyers, as well as moderate income sectors are being squeezed out of housing options due to lack of inventory.

Community leaders must work to gain buy-in from citizens for possible solutions. Please note: citizens include those builders who contribute to the fiscal health of our city.

Single family home prices have risen significantly since 2003. As of the date of the report 2016, the median selling price of a Newton single family home is $1.1M. There is a lack of housing stock for those looking to downsize, those first time home buyers seeking entry level housing, and those who work in the city. This extreme demand creates a demand that affects housing development patterns.

“Simply put, the scarcity of land in Newton is motivating the development community to maximize the lots they can acquire.” ~Newton Housing Strategy

The report makes a strong case for a change in the housing development strategy city wide. Rather than building more large houses for fewer people, Newton needs bridge the gap and promote the development of more smaller houses for the younger, older, and other diverse and growing sectors of our population.

THIS IS THE BEGINNING OF A CONVERSATION TO GUIDE US FORWARD ON POLICIES TO PRESERVE WHAT WE LOVE ABOUT OUR CITY – THE SUBURBAN FEEL, VILLAGE AMENITIES, AND OPEN SPACES – AND TO ENHANCE OUR POSITION AS A CITY OF OPPORTUNITY FOR ALL.” ~Mayor Setti Warren in his Newton Leads 2040 Housing Strategy

The report targets 10 priority Actions. One such example is the Newton Center “Triangle Lot” targeted as a possible mixed use, mixed-income housing. Number of estimated units is TBD.

The overarching study, Newton Leads 2040, is a data driven report covering broken into several categories of focus, such as Financial Sustainability, Excellence in Education, Economic Growth and Entrepreneurship, Public Safety, Environmental Sustainability, and more. Housing is a common thread throughout many of the major categories. Read the full report.

Newton Leads 2040 is a call to action for all in our community to partner with us and with one another to continue to make our education system, public safety, infrastructure, environment and city services the best they can be. Newton Leads 2040 will also promote partnership and engagement of residents and civic leaders to ensure we have affordable housing, diverse housing, multi-modal transportation, robust entrepreneurship and growth in the innovation economy that will meet the needs of our citizens over the next 25 years. ~www.NewtonMA.Gov

We can be grateful to the many community leaders who have the vision and drive to bring our city forward to a better future and survive the current housing crises.

The Just Think Teens Making Smart Choices Exposition is happening this week at Newton North High School. If you are a teen, parenting a teen, or KNOW a teen, spread the word! This is an energetic event with over 30 contributors, live music, interactive activities, and more. And if that isn’t enough, the event is FREE and involves pizza, play trivia games, video’s give-away’s and crafts. Watch this fun video of past years’ Just Think Event [youtube http://www.youtube.com/watch?v=Td8hqdlviRw] Following is a list of participants.