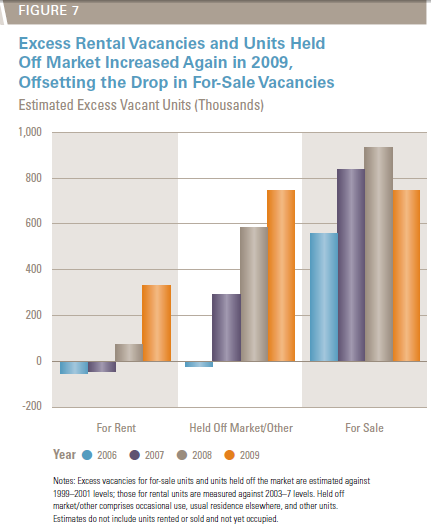 The Joint Center for Housing Studies at Harvard University released “The State of the Nation’s Housing” report on June 14, 2010. The report is broken into 6 sections.

Section 2 – HOUSING MARKETS
Are we in a recovery period?
There is no crystal ball. History has shown the link to a robust and consistent housing recovery is an increase in jobs.  Although the number of home sales increased in 2009, on the down side we have increased number of vacant units, foreclosures and unemployment. The report states, “As job growth resumes, however, household growth should pick up and help spur increased new construction and sales. With the economy, existing sales, and consumer confidence already turning around, home improvement spending should soon follow suit.”

Is it the chicken and the egg story?
An increase in new construction and sales, along with home improvement spending should give a job market a boost. Or is it the other way around? Federal programs have helped to boost the economy. $5 million in aid to contributed to states to provide low-income owners free weatherization of their homes. Federal incentive programs are encouraging home owners to upgrade the energy efficiency of their homes. Yet the expiration of the tax credit may cause a hiccup or two in the upward swing.

What about the issue of the vacant units?

The large number of foreclosures impacts the homes held “off market” and often vacant. Some of these homes may be converted to rentals. The number of vacant rentals have increased. Even though number of sales may have increased in many areas, market values are still “sagging.”

House of Cards
When prices fall, owners are having trouble making mortgage payments, may be less likely to sell.

“According to the First American CoreLogic, roughly one-quarter of American homeowners were underwater in the first quarter of 2010.” This contributes to the number of properties held “off market.”

Why I am Fascinated by This Report?
A good dose of facts and figures are the “spoonful of sugar” helping the medicine go down. Things are looking up but we are still not out of the woods. When trying to establish the market value of a property, it is vital that we look at our own local market. Take a look at the chart of house prices by city below. Our view should not be clouded by media hysteria. Yet pending sales and national statistics help us to get a sense of what we can expect. This report is full of stats, no hysteria here. Just the facts. You connect the dots. 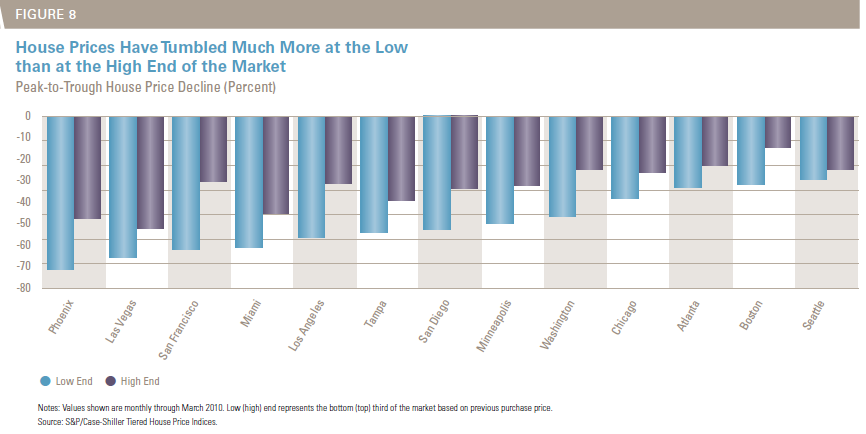 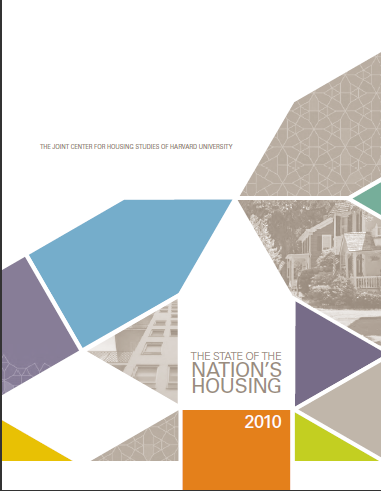 The Joint Center for Housing Studies at Harvard University announced the release “The State of the Nation’s Housing” report on June 14, 2010. The 44 page report (not including Appendix Tables) is broken into 6 major sections beginning with the Executive Summary. The over-riding conclusion is that in order to achieve a strong recovery in the housing market, it is key that unemployment levels decline.

In the Executive Summary, many factors are addressed that become a consistent theme throughout the report. For example, In 2009, “more than 1 in 7 homeowners owed more on their mortgages than they their homes were worth.” In addition to the homes underwater, “more than a third of existing home sales last year–about 1.8 million units–were short sales or foreclosures.”

The report states, “Improved affordability for first-time home-buyers due to lower market values and a federal first-time home buyer tax credit were vital to this early rebound.” Even so the expiration of the tax credit impacts the market with a “noticeable fallout in sales.” The increased number of vacant units along with the decrease in movement across the board creates a negative drag on the movement towards recovery.

The report contains many references to government programs initiated to help decrease the number of foreclosures and to bring aid to homeowners who are experiencing stresses from job loss and/or loss of wealth.

Other factors contributing to the national picture including unknown Household Growth variables, immigration pattern, diversity and housing demands. as well as, green building standards and transit-friendly development patterns on a local level. 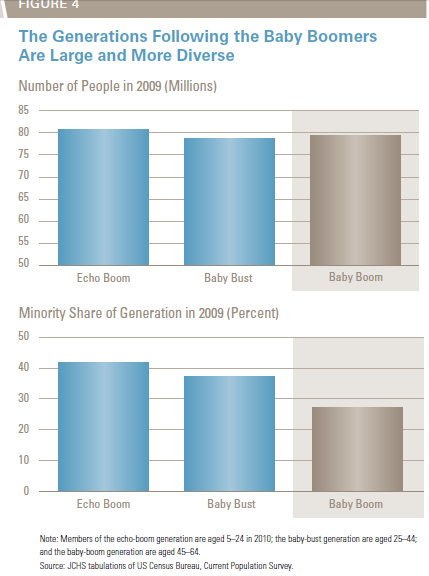 Figure 4 from the report illustrates the size of the generations and the percentage of minority share in each generation in 2009. The report notes the following definitions for 2010.

The report is dense with statistical data but compelling. The document is a snapshot of the national housing market. By looking at historical data, assumption are drawn. On the  high level is the importance of the job market–not that we didn’t know any of this already. Yet with the many sources of data, historical and current (up to 1st quarter 2010) we have lots of evidence thorough the statement. Some of the authorities sited are as follows.

There many favorable trends referenced like the movement towards more condensed urban housing and the green movement. Keeping these over-arching aspects in mind, the report is optimistic. The brains at Harvard once again put the spotlight on what is good and noble  for our country. Now only if people will get it.

Next I’ll be looking at Section 2 Housing Markets. I’m learning as a write and encourage comments. 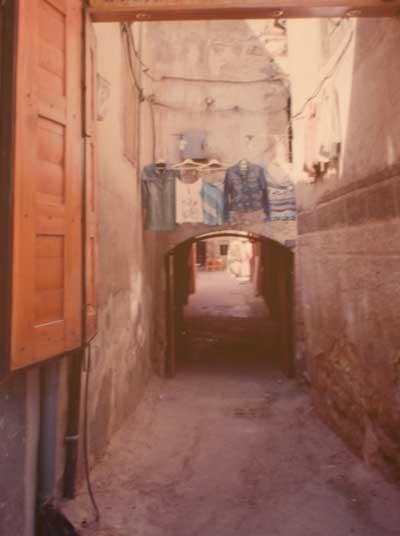 Syria: Faces from “The Axis of Evil”
Photographs by Dick Simon

At Newton Open Studios last month, I took in Dick Simon’s wonderful collection of photographs from his recent trip to Syria. His pictures tell a timely story. They are a study in contrasts, yet they project feelings of warmth, and they are quite beautiful.

“My family and I went to Syria to better understand the human story inside this Axis of Evil. The Syria we experienced was not what we expected, the way our media has portrayed it. We found Syria to be a beautiful place with wonderful people.” ~ excerpted from Dick Simon’s artist’s statement

In the photo below, see Patty Simon dressed in red strolling comfortably near women covered in black. In another, the ancient narrow street frames a stylish line of clothing hung on hangers. In yet another, a shop window displays golden mannequins wrapped in chic headscarves. Some of these pictures reminded me of other ancient cities I visited on my trip to Italy in 2005. But this is not romantic Italy. This is Syria, with all the cliches about a country full of terrorists and zealots, a dangerous place according to some press stories. These wonderful images help to extinguish negative associations. They are in themselves a visual exercise in “Understanding Our Differences.” 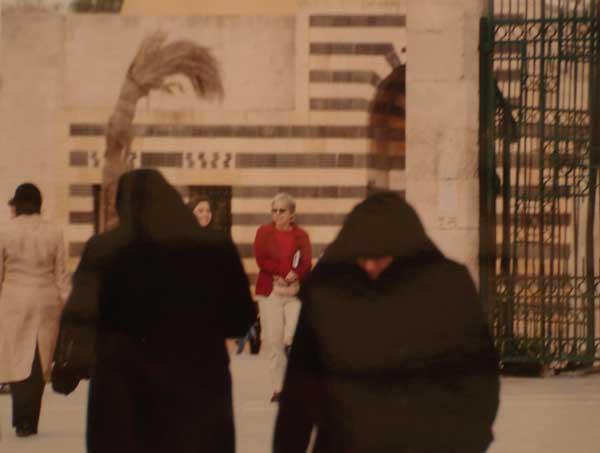 Roger Ebert wrote a blog post, “How Did They Get to Be Like That?” In it he says, “… I saw black people differently–and brown people and Asians as well. I made friends, I dated, I worked with them, I drank with them, we cooked, we partied, we laughed, sometimes we loved. This is as it should have been from the start of my life, but I was born into a different America and was a child of my times until I learned enough to grow up. I do not propose myself as an example, because I was carried along with my society as it awkwardly felt and fought its way out of racism.”

In Dick Simon’s artist’s statement, there is a quote from Mark Twain.

“Travel is fatal to prejudice, bigotry, and narrow-mindedness.” 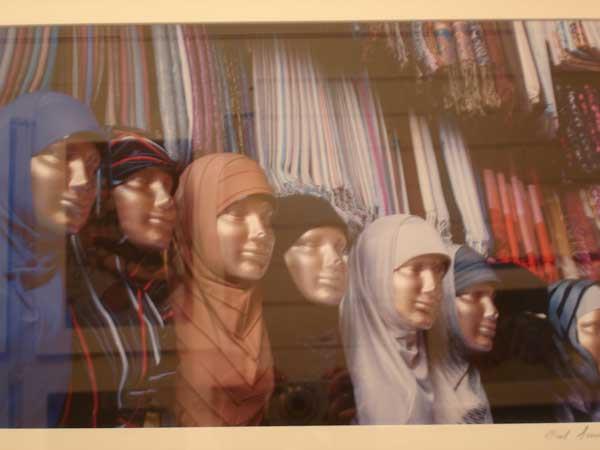 I was fortunate enough to get to know Dick Simon when our children went to the same elementary school. I knew him to be a strong community leader, a successful businessman, and a loving family man. Last year I learned about his fascinating and successful urban farming venture. Dick and his family have multiple organic vegetable flats in their yard next to the inground pool. (Talk about juxtapositions!) During The Newton Open Studios this May, visitors were equally interested in the garden along with the art. Now I see Dick as an artist. He has clear vision and makes brilliant connections. He lives his life doing good work. He is a humanitarian and I feel blessed to have him in my sphere. 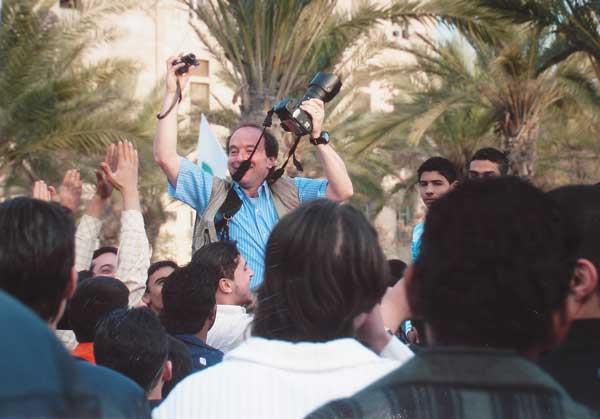 Clint Eastwood said, “The less secure a.” Dick is secure enough to take risks by venturing into new disciplines. With his art, he is opening dimensions for us all.

man is, the more likely he is to have extreme prejudice 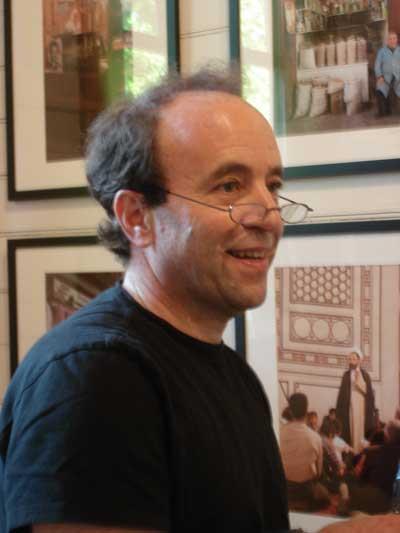 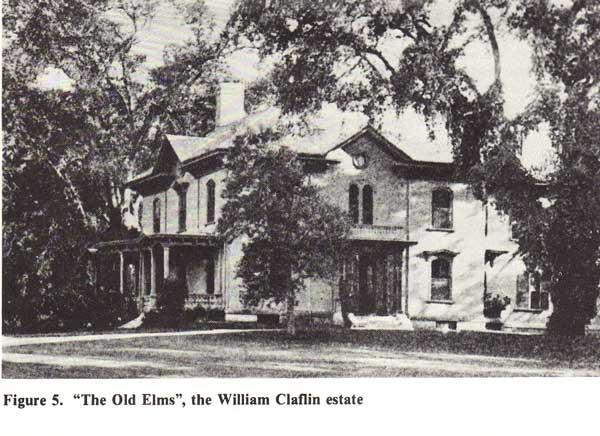 Newton Celebrates Over More Than a Century of Educational Excellence

Correct me if I’m wrong, but I think we’ve gone “Back to the Future” with this high school building.  According to my research, the new Newton North High School, due to open for business in September 2010,  is located on the site of the original high school which was constructed in 1859. 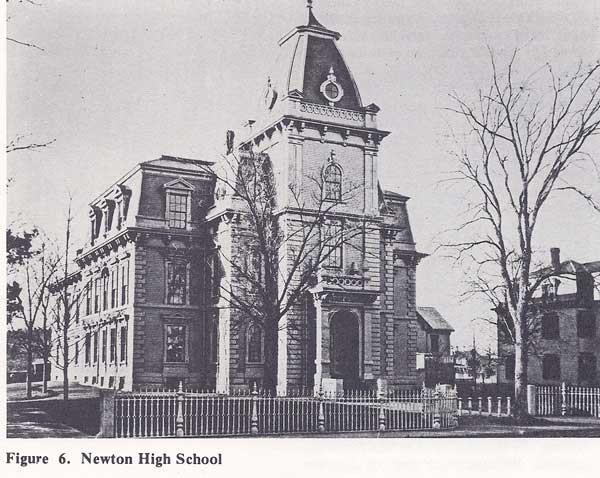 Newton has been debating issues surrounding school construction since the mid-nineteenth century. The discussions began when Massachussetts law mandated that each town with a population of 4000 or more establish a high school. In 1849, a committee was established to argue against the construction of a single high school due to the distance between the varous villages. After various committees and planners hashed the options back and forth, the first stand-alone Newton High was finally built in 1859 and opened with an enrollment of 75 students. The school was located in Newtonville next to the “The Old Elms Estate” an Italianate style mansion located on the athletic fields of the soon to be “old Newton North High School.”

On June 5th, the doors of the current, which is the old, Newton North High School will open to the public with a display of historic memorabilia and more with BRINGING DOWN THE HOUSE. The opening event will highlight the creation of a time capsule to mark the occasion. Read more at the Newton North PTSO website. Visit the Facbook page. 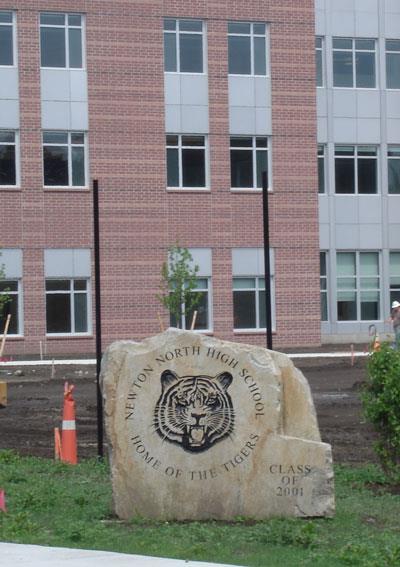 Students can look forward to their beautiful state of the art building opening in the fall! Congratulations, Newton!