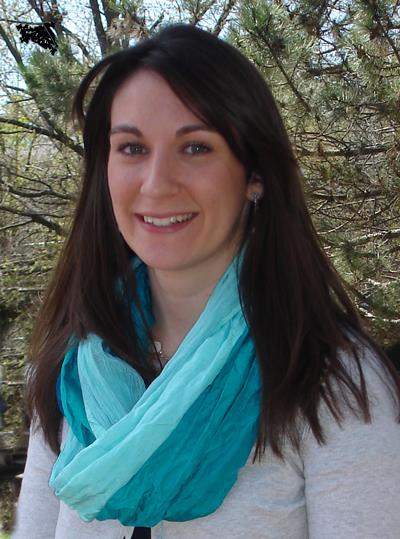 Newton Public School’s Technology Department Employs The Best Jessica Duval, Web Facilitator for Newton Public School’s Technology Department (www3.newton.k12.ma.us), was recruited from Waltham’s McDevitt Middle School, where she worked as a technology teacher. She’s a great catch judging by her love of design, her strong technological background, and her upbeat and creative perspective. She works within the NPS Technology Department as Web Facilitator and the results have been a thing of beauty. The clean design of the revamped site is easy to navigate, handsome, and filled with interesting content. (http://www3.newton.k12.ma.us/) The site will be evolving over the summer with many new proposed improvements. Still the site as it exists today is clear, concise and gives a nice flavor of Newton Public Schools. This must have been a challenge. Newton is one of the larger school districts in Massachusetts with 15 elementary schools, 4 middle schools and 2 high schools. The system is complex and has many levels of organization. So far this is a job well done. 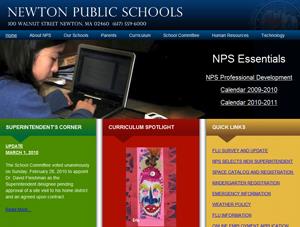 Apparently, after much research, the Department decided to go with an Open Source content management system called Drupal. Open Source is a development method for software, with collaboration and community at the core. The benefits include lower costs and the ability to maintain standards for the good of the community. It’s the same system used by The White House (http://www.whitehouse.gov), although I’m sure the resources and staff in Washington are bigger than in Newton. Having worked in Drupal in some of my volunteer positions, I know enough to say that it is an extremely powerful yet challenging environment–enough to appreciate the good work being done on the NPS site. Watch this site as it evolves in the future because I can almost bet my laptop that it will be a shining example of best practices for community web sites. Kudos to Shelley Chamberlain, Director of Information Technology, Newton Public Schools. The greatest leaders know how to surround themselves with the best and the brightest!