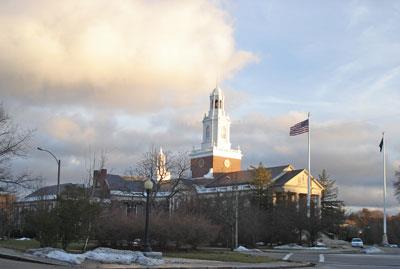 The Inaugural activities for the installation of the new mayor of Newton, MA, Setti Warren begin on Thursday, December 31st at 11 an with a number of service oriented activities sponsored by the Newton Community Service Center, Parks and Recs, as well as, several local charities.

The service project, titled Newton Gives, is organized by John Rice, newly elected alderman, and includes activities such as building an ice skating rink in Newton Highlands and collecting items to be sent to our troops.

Following Setti’s campaign through his Twitter stream, he knocked on a lot of doors. I also heard from many of my friends about conversations they had with him. I personally had a chat with Setti early on in his campaign and I am delighted to hear about the tone of the upcoming Inaugural celebration – Coming Together. This is just what our fine city needs, a unifying energy. For more information see Setti Warren’s web site.